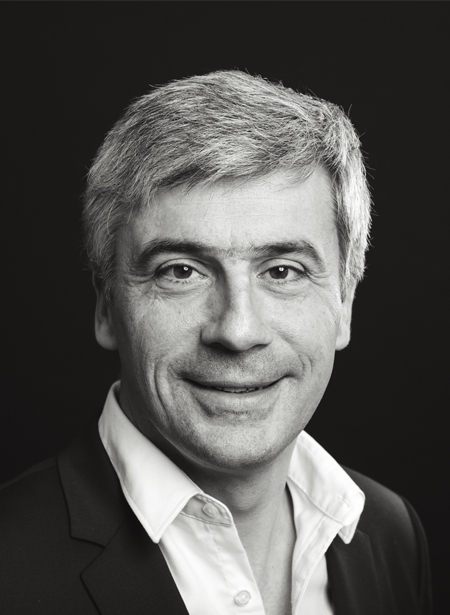 Charmes, France – January 20, 2022 – The Board of Directors of Moret Industries has unanimously decided to appoint Olivier Dambricourt as Chairman and CEO of the Company.

François Moret, whose term as Chairman came to an end in January 2022, and the entire Board felt it was appropriate to implement a new governance structure at a key moment in the history of the Moret Industries Group. As an independent director of the Group since June 2021, Olivier Dambricourt has been particularly involved in the development of its strategy.

This marks the first time since the creation of Moret Industries in 1868 that a person from outside the founding family is taking the helm: This underscores the confidence that the shareholders have that Olivier Dambricourt can make the Group prosper while respecting its history and values.

Olivier Dambricourt said: “I am deeply honored by the trust the Board of Directors has placed in me to lead Moret Industries. I am aware of the challenges ahead in order, together with our employees and partners, to give new impetus to the Group’s profitable growth. Our ambition is clear: We want to become a leader in the ecological transition of industry. We have unique skills and operational resources to enable us to help global industry conserve our planet’s natural capital much better, while helping meet the challenges of development for the benefit of the greatest number of people.”

François Moret stated: “After leading Moret Industries through four intense years of transformation, I consider that the Group is at a turning point in its development. I have not asked for the extension of my mandate as Chairman so that Moret Industries has a renewed governance to lead it through this new stage in its history. I will keep my dual role as shareholder and director of the Group. I have been happy and proud to be the standard bearer of Moret Industries and to implement many initiatives to transform the Group. I wish Olivier Dambricourt and the employees of Moret Industries Group every success.”

Olivier Dambricourt is passionate about industry and has experience in many sectors that are important for the Group. A graduate of the Ecole Polytechnique and the Ecole Nationale Supérieure de l’Aéronautique et de l’Espace, he began his career as a test engineer with the French defense procurement agency (DGA). He then served as a technical advisor in the offices of Francis Mer, Minister of Economy, Finance and Industry, Nicole Fontaine, Minister of Industry, and François Loos, Minister of Foreign Trade. He continued his career within the Rhodia/Solvay group, as Deputy Managing Director of the Electronics & Catalysis subsidiary, then as Project Director of the Energy Services subsidiary and Director of the Group’s R&D partnerships. He then joined Naval Group as head of the Group’s transformation program, before taking over the management of its Submarines division. Since 2015, his career has taken an entrepreneurial turn, particularly in the fields of management, of energy transition, and of digital platforms.

We use cookies on our website to give you the most relevant experience by remembering your preferences and repeat visits. By clicking “Accept”, you consent to the use of ALL the cookies.
SettingsACCEPT
Manage consent

This website uses cookies to enhance your experience when you browse the site. Of these, the cookies classified as necessary are stored on your browser as they are essential to the operation of the website's basic functionality. We also use third party cookies that help us analyse and understand how you use this website. These cookies will only be stored in your browser with your consent. You also have the option to decline these cookies. However, disabling some of these cookies may affect your browsing experience.
Required Always Enabled
Cookies are absolutely necessary for the proper functioning of the website. This category only includes cookies that ensure the basic functionality and security functions of the website. These cookies do not store any personal information.
Optional
Cookies that are not particularly necessary for the operation of the website and that are used specifically to collect personal data from the user through analysis, advertisements or other embedded content are called unnecessary cookies. It is mandatory to obtain the user's consent before placing these cookies on your web site.
SAVE & ACCEPT